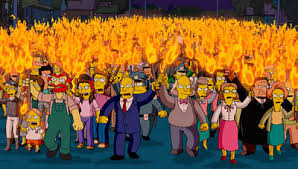 Now with the election less than a year away, the rhetoric around the huge wealth spread between the super-rich and everyone else is heating up. On CBS’ 60 Minutes last night, Jamie Dimon, CEO of JPMorgan, was taken to task for making $31 million last year and asked whether he should give some back, for the good of the bank or the country or something. It makes you scratch your head given the fact that Dimon is responsible for a company that is worth over $400 billion, employs over 250,000 people around the world, made over $30 billion over each of the past two years, and paid over $7 billion in taxes in each of those two years. You scratch your head a little harder when you realize that two pitchers from the Washington Nationals made more than Dimon, Taylor Swift made $185 million last year, LeBron James makes about $35 million for playing hoops, and CBS’ own former CEO, Les Moonves, made $69 million in 2017. This issue is way more complicated than having rich CEO’s sprinkle money on it.