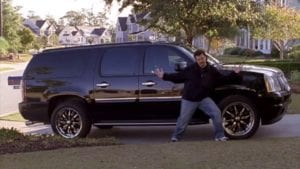 ny young professionals, I recently found myself in the market for a new Toyota Camry. While deciding which model to choose I was hit with quite the moral dilemma, do I take into account my carbon footprint and buy a hybrid or do I try to put some money away for my fraternity reunion in Panama City next spring and purchase the less expensive gas version. To make matters worst I had recently seen Al Gore’s new movie An Inconvenient Sequel: Truth to Power and was made painfully aware of our societies ever deteriorating environmental situation. However, ice-cold beachfront Corona’s in Panama City was enough to force even the strongest willed environmentalist to swallow their pride and go with the gas version. To make a long story short, I decided to do a cash benefit analysis to decide which model I would purchase. While doing this analysis, I had to take into account several variables:

The key to making any wise financial decision is doing your research; the same is true with investing. If you were to invest all the money that you saved a week in gas in the Dollar Investment Club, you will be in the market for a sports car by the time your ready to buy a new car!